It’s been a while since we’ve been into the studio, and my regular weekly drawing classes are well underway, with the adult students producing some wonderful work. 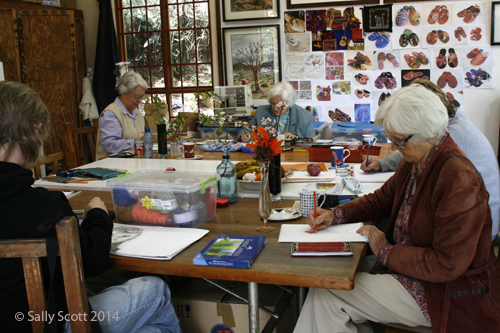 Over the past few months we have been exploring the use of colour in landscape drawing, looking at how colours change depending upon the time of day, month of the year and with different seasons and weather conditions. The students have thrown themselves wholeheartedly into the project and I look forward to every session to see the outcomes of their labour

Click on the images in the gallery below to see a sampling of their work:

All of these students began their classes as absolute beginners, which makes their progress all the more satisfying.

Sessions are currently held on Tuesday and Thursday evening and Friday morning, so if anyone is interested in attending the drawing  classes, please contact me.

Posted on January 12, 2013 by sallyscottsart

“Two roads diverged in a wood, and I…I took the one less traveled by, and that has made all the difference.” – Robert Frost

Although Time is a continuum, the beauty of having it divided up into 12 month segments, is that with the coming of each new year we are given a chance to stop and evaluate the activities of the year gone by and chart our course ahead. As I am in the fortunate position of not having to answer to anyone, I am able to choose what I want to do. The challenge of course, is to know where to put one’s energies so that they will bear the sweetest fruit.

So, after a couple of weeks of relaxation and navel gazing, I have reassessed my situation, made my plans and realize that I have much to look forward to in 2013. The following are just a few of the many things that I will be bringing you news on: 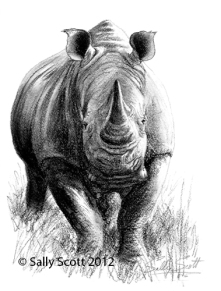 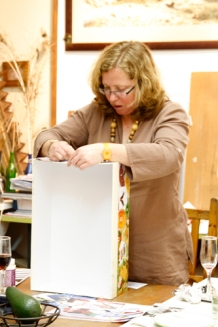 Lisl hard at work and having fun 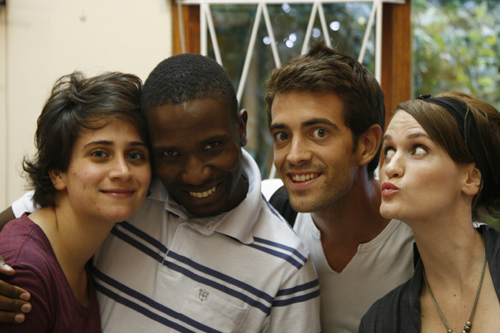 The Drama Masters class of 2012

The work of a past student 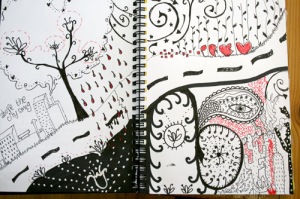 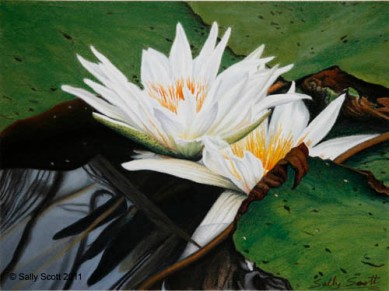 Come travel with me…

For Rhino in a Shrinking World

Posted on November 15, 2012 by sallyscottsart

“It is not by accident that the pristine wilderness of our planet disappears as the understanding of our own inner wild nature fades”. Clarissa Pinkola Estes

It has long been my concern that as we become increasingly disconnected from ourselves in this fast moving world, we are simultaneously losing touch with our environment. The ruthless slaughtering of rhino for their horns is just one of the many visible signs of this disconnect.

Thankfully, however, there many ‘connected’ people in our society who are deeply concerned about the destruction of our planet, and who are trying to do something about it.

One such person who is determined to make a difference, is poet Harry Owen, inspired by wildlife veterinarian, Dr. William Fowlds, who earlier this year gave a talk about his experience of tending to the mutilated rhinos of Kariega Game Reserve. So appalled by what he heard, Harry put out a call to poets all over the world to submit their work for possible inclusion  into a poetry anthology, that speaks of the plight of the rhino and its environment. The response was overwhelming and after months of gathering and collating, Harry’s book For Rhino in a Shrinking World: An International Anthology of Poetry is finally at the publishers, due to be released before Christmas 2012. 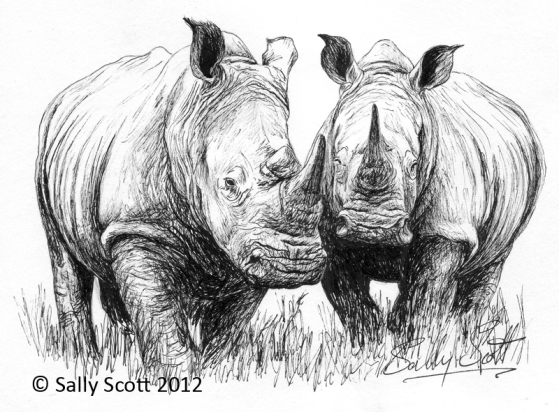 For Rhino in a Shrinking World: An International Anthology of Poetry

When I heard the call for submissions, I wanted to be a part of the project, but not trusting my abilities as a poet, I offered to do the illustrations.

My offer was accepted and I have spent the past few months doing ink, charcoal and chalk pastel drawings that will go both inside the book and on the cover. 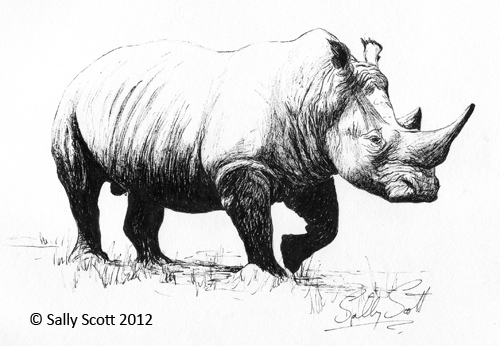 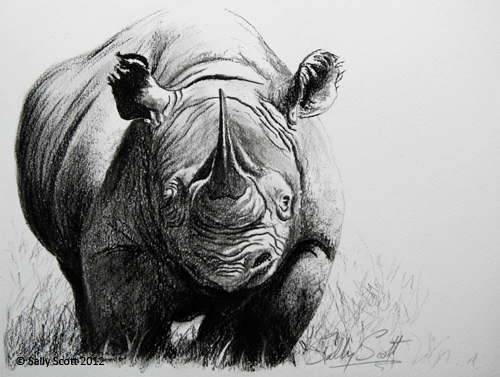 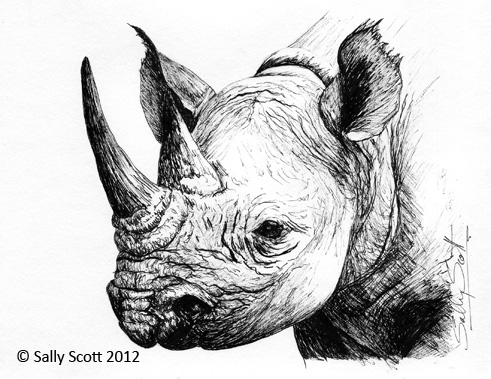 And, if you are one of those people who would like to make a difference, but don’t know what to do, purchase copies of the book, as all funds raised will be going towards helping rhino anti-poaching units in the Eastern Cape.

It’s going to be a fantastic volume, and with Christmas round the corner, that’s your shopping done! 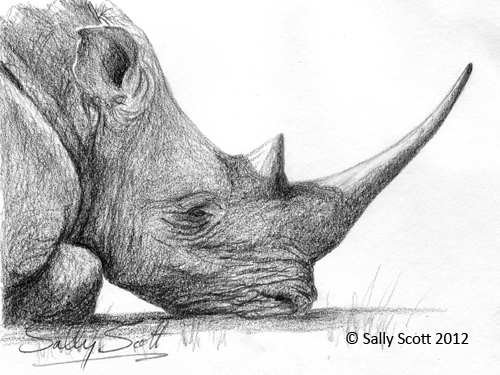 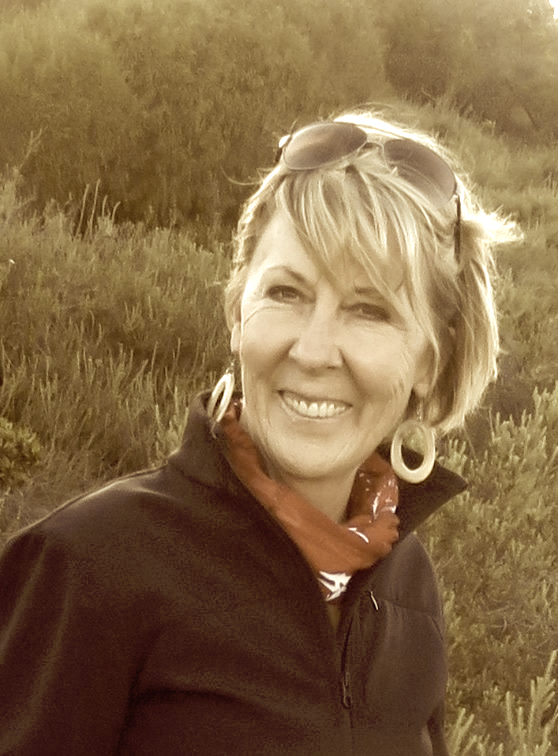 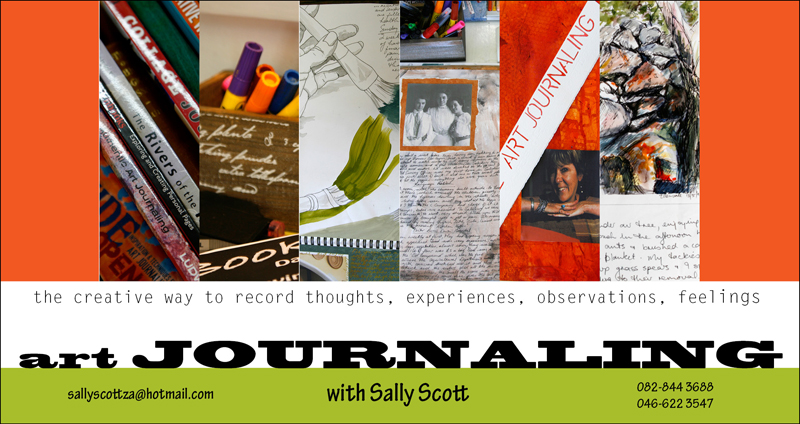 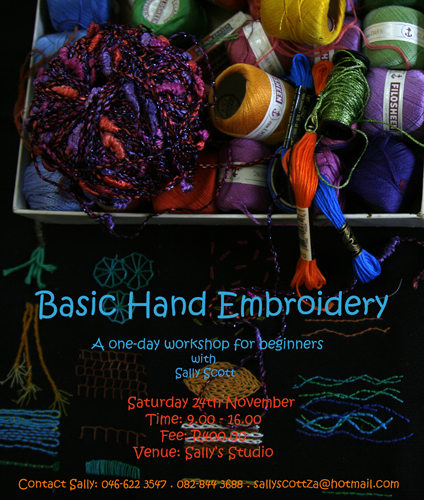 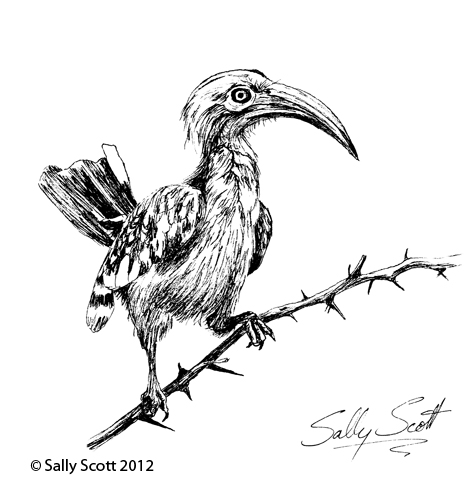 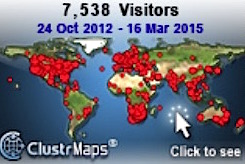